Matt has been producing solo material under the moniker of Epicentre since the mid-90s. In that time, he has also worked with an array of diverse artists, such as Manchester's The Rainband, US pop group Lovespirals, Bizarre Inc diva Angie Brown, dubstep artist A Me B and fellow producers Joel North, Phil Urry and Andy Eggleton of Definite Grooves. Matt collaborated with several performers on the Epicentre album, 'Supernova', which was released at the end of 2012, along with the follow-up album 'Aftershocks' released 3 years later..

Alex Ward has been playing in clubs since 2007 when he was first given the chance to play at the legendary Zebra club in Hull. Playing under the name of Alirumba, the electro scene was in full flow and his ability to read the crowd gained him regular sets at the popular local underground club with residencies for Sexylectro, Shine and Drop, with the most noteable performance playing along side the now famous Essential Mix DJ, Producer "Hot Since 82". His early influences came from the Trance era with Renaissance DJ's Sasha and Digweed being his inspiration for the desire to play the clubs himself.

Whilst moving into music production Al has maintained his presence on the local Hull club and bar scene with various sets played at Jaz, Revolution, Duice, LA's (Bongo's), City Limits and Vega. He continues with his style of tough remixes of crowd pleasing tunes which recently earned him his largest gig to date, which saw him headline on Haloween to a 3000 strong crowd at the Streetpub night club in Bangkok.

Since 2008, the Seismic Waves partnership have produced both original material and remixes for artists such as Carl Shawn, Quivver, Fatboy Slim and The Future Sound of London. The Seismic EP showcased original projects, which was closely followed by the single release 'Das Glockenspiel' - a reworking of Schiller's classic trance anthem. Several Seismic Waves tracks were also included on the Epicentre album Supernova, with Matt and Al working on new Seismic Waves material for release in 2019.

AFTERSHOCKS - the remix album of Epicentre material - features an exclusive remix of our track Particle Guitar, as produced by acclaimed artist MONO LIFE. A sample of the remix can be found below, with links to buy the full album of 17 tracks over in the EPICENTRE MUSIC STORE.


Music music music.  Matt and Alirumba have been working on a brand new Seismic Waves EP. Watch this space for more details, but for now, you can listen and buy the debut release to wet your appetite.
http://www.amazon.co.uk/The-Seismic-EP-Waves/dp/B0063AEM0K 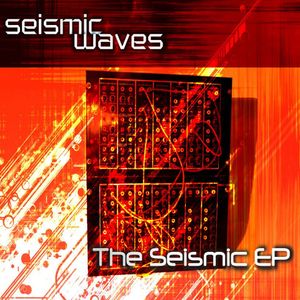 A video for the Seismic Waves reworking of Papua New Guinea - the classic track by The Future Sound of London - is now live on YouTube. This remix first came to prominence in the memorable mixset Matt and Al put together for the the Miami Winter Music Conference, and it's the first time the track has been heard in its entirety.

The Epicentre album SUPERNOVA heavily features tracks which Matt and Al put together, with several other artists. Further information is below:


SUPERNOVA can be downloaded via the Epicentre Music Store.

You can still listen to our guest slot with Steve 'Disco' Newsome on his Friday Night Mix show for Summer Time Radio from last year. It showcased several of the Seismic Waves tracks featured on the Seismic EP, as well as other exclusive tracks, bootlegs and remixes. You can listen to the show by clicking on the flyer below. The first hour is Disco, the second hour is Seismic stuff: 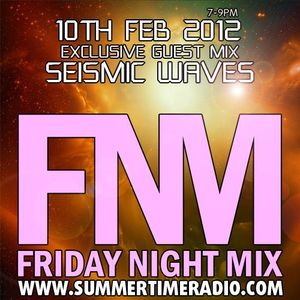 The Seismic Waves version of Schiller's classic trance anthem DAS GLOCKENSPIEL  follows on nicely from The Seismic EP. All those Wednesdays locked in the studio throwing sounds together, chipping away with fx processors and figuring out the murkiest evil of Ableton Live finally pays off...

The songs are all now available in the EPICENTRE MUSIC STORE.

Don't forget, if you have any comments, suggestions, or recommendations for future projects drop us a message using the Contact form on this website. We'll get back to you as soon as we can :-)
Matt & Al