EPICENTRE REMIXES URBAN ARTIST A ME B 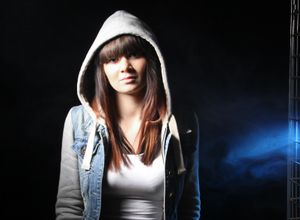 After working with diva legend Angie Brown, the next Epicentre project is is a remix of the new single by breakthrough urban artist A Me B. In return, there will also be a planned collaboration on the forthcoming Epicentre album.

At just 18, she has been signed up to Affinity Records and already supported major acts such as Tinchy Stryder, Chipmunk, DJ Ironik and Akala, and recently performed at Abbey Road Studio’s in front of a hugely impressed Tom Robinson as part of the BBC Masterclass in London. Tipped by “BBC Introducing” as one to watch for 2011, A Me B has shared the stage with established and emerging UK artists at festivals all across the North West.

A Me B is a fresh Urban talent, incorporating deftly delivered rhymes and catchy hooks for a commercial, but hard-hitting sound that is hard to resist. So much so that Amy has confirmed invitations to switch on the St Helens Christmas lights on 19th November, as a main judge and performing the single for Lancashire Boys and Girls clubs “got talent” night at Thwaites Blackburn Theatre on 17th November and as special support for Chipmunk and Mavado at Manchester’s Academy on 13th December.

Written and produced by Amy, Outcast is launched at Manchester’s Dry Bar on Thursday 10 November prior to its’ release on the 15th November where it will be available to download from iTunes.